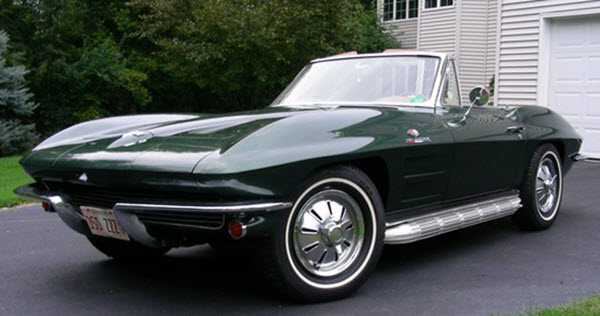 The 1963 Corvette Sting Ray had phoney hood vents, but these were not present on the 1964 Corvette Sting Ray since the designers felt that such additions were superfluous and made the design too busy. The hood indentations did however remain. The functionality of the air outlet located right of the driver’s door was increased – in 1963 they had been completely closed off. In the 1964 model, the addition of a small fan boosted the airflow and increased the efficiency. The air outlet was discontinued entirely by 1966.

Another difference between the 1963 Corvette Sting Ray and the new 1964 model was the noise level. New body mounting techniques, coupled with a few other changes, decreased the interior noise noticeably in the 1964 Corvette Sting Ray.

To make the ride even more stylish and enjoyable, the prospective owner of a 1964 Corvette Sting Ray could invest $81 in genuine leather seats, $422 in air conditioning, $177 in a built in AM-FM Radio and $59 in power windows. For an additional $16, all windows would be made of soft ray tinted glass. The AM-FM Radio turned out to be an especially popular addition and of the 22,229 cars produced, 20,934 had the AM-FM Radio – a whopping 94 percent!