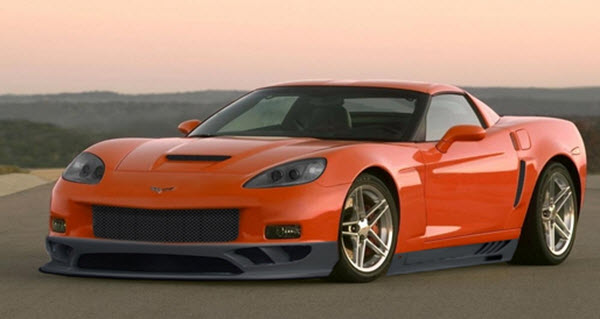 With the 2007 Corvette Sting Ray, you could get two-tone perforated leather seating surfaces with crossed racing flag embroidery and contrasting stitching. The available inserts varied depending on the general interior color. With ebony interior, the colors red, titanium and cashmere were available for both coupes and convertibles. If you purchased the Z06, titanium and red inserts were available only for certain exterior colors.

For the 2007 Corvette Sting Ray, the buyer had the opportunity to between eight different exterior colors: Victory Red, Monterey Red, Atomic Orange, Velocity Yellow, LeMans Blue, Black, Machine Silver and Arctic White. Monterey Red, Atomic Orange, Velocity Yellow and Le Mans Blue required an additional fee. The Atomic Orange had replaced the older Daytona Sunset Orange. For all exteriors, you could pick ebony, cashmere or titanium grey for the interior when you purchased a 2007 Corvette Sting Ray. A red interior was available for those who choose a Black, Victory Red, Monterey Red, Machine Silver or Artic White exterior. Not all colors where available for the Z06; Arctic White and Monterey Red where exempted.

There were several interesting features available for the 2007 Corvette Sting Ray. Audio controls placed on the steering wheel were included with the Bose premium audio systems. For the Z06, there was a $3,485 Preferred Equipment Group which included Bose premium seven-speaker systems, RPO U2K radio and a HomeLink Wireless Control System. Homelink is a radio frequency transceiver that can be programmed to take care of garage door openers, gates, locks, lighting, and so on. If you purchased the $3,485 Preferred Equipment Group for your Z06, you would also get a power telescopic steering column, auto dimming mirrors, heated seats, side air bags, luggage shade and cargo net.