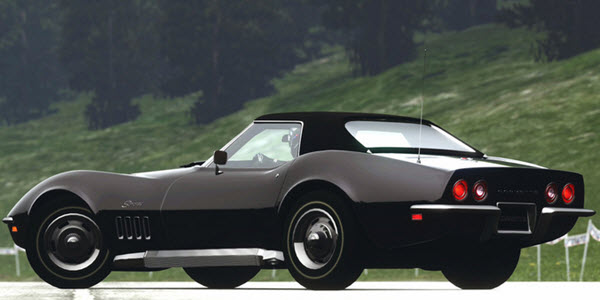 In November 1969, the 250,000th Corvette was created. Since the new 1968 Corvette Sting Ray had received quite a lot of criticism, Chevrolet worked hard to improve the 1969 Corvette Sting Ray. A strict regime was established to track down, investigate and resolve all sorts of problems. They also included a lot of new features, such as a fibre optics system linked to the centre console that made it possible for the driver to keep an eye on the lights function.

Curiously enough, the 1968 Corvette Sting Ray had no “Sting Ray” name tag on the exterior of the car. In 1969, this had been remedied and the name was proudly displayed on the car – now spelled “Stingray”. Under the Stingray emblem, as well as behind the front wheels, you could get louver trim, an option dropped for the 1970 Corvette Sting Ray. Inside the car, below the shifter, you could find information about horsepower, torque, displacement and compression ratio.